Fatal familial insomnia, a rare and uncommon disorder, prevents those affected from falling asleep. It is irreversible and causes the patient’s death, who usually transmits the disease to their descendants.

The fatal familial insomnia is a neurological disease hereditary and rare, which is based on complex alteration genetics, in which the affected undergoes progressive insomnia. Which can not be treated with drugs and reaches alter the functioning of the system central nervous system until after months, or a few years, it causes the patient’s death.

It was described for the first time in 1986 by the Italian neurologist Elio Places; Before that date, doctors could not achieve a proper diagnosis, and people with this condition were generally considered to have some psychiatric disorder. The ancestors of the patients were even confined to asylums and socially stigmatized. However, these people do not present any mental derangement and are fully aware of their progressive deterioration.

Insomnia occurs due to a permanent and irreversible alteration of the wake-sleep cycle, characterized by the patient’s inability to develop a cyclical physiological pattern typical of NON-REM and REM sleep.

The disease’s cause is associated with a mutation in proteins called prions, as occurs in Creutzfeldt-Jakob disease, one of whose variants is popularly known as mad cow disease. In prion diseases, prions act by disrupting the cellular balance, triggering the production of more prions, thereby increasing the deposition of pathogenic prion protein in the brain.

The abnormal mutation that causes the disease is transmitted to the offspring in 50% of cases, and untreatable insomnia is one of its most significant symptoms (although not the only one), hence Fatal Familial Insomnia (IFF).

The IFF is estimated to affect one in 33 million people; Affected families have been described in the United States, Germany, France, Spain, Italy, Austria, the United Kingdom, Australia, and Japan. In Spain, most of the cases are concentrated in the Basque Country.

The age of onset ranges from 25 to 80 years, although it most often manifests around 50, and the mean duration of the disease is 18 months.

As the disease affects the structure of the thalamus, which is involved in the sleep regulation mechanism, one of the most characteristic symptoms of fatal familial insomnia is progressive insomnia that does not improve with medications (although it is not always noticed from the beginning). This occurs associated with alterations of the autonomic nervous system. The patient’s body loses control over tension and heart rate, producing hypertension, hyperthermia, tachycardia, increased sweating, constipation, urinary disorders, and loss of normal circadian rhythms.

Insomnia is accompanied by delusions, hallucinations, and behavioral disturbances at night, while the patient may fall asleep, even abruptly (as is typically the case in narcolepsy ) during the day.

Even before the disease’s insomnia characteristic, behavioral disorders may appear, such as anxiety, lack of interest in the environment, lack of concentration, and daytime sleepiness or alteration of sleep-wake cycles, clumsiness of movements.

Although the intellectual capacity is not altered, the patient has diminished attention and alert abilities and has memory deficits. Weight loss is also evident and accompanies the deterioration of vital functions. As the months go by, incoordination and movement disorders appear, myoclonus, tremor, speech becomes unintelligible. 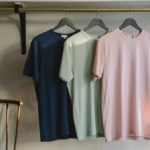 The Best Way To Get A Car Loan In Singapore

Are you finding ways to get a car loan in Singapore? If yes, then you have come to the right place to get complete knowledge...

Where there is a lot of floorings available like vinyl flooring, hardwood flooring, tile flooring, stone, etc, the carpets are still popular among people. Due...

Are you looking for a cost-effective way to promote your business? Do you need to increase your brand image? Well, the full-color custom bag is...

Printing technology has made its way among society an economically viable way opted by everyone today, either an individual owner of a company or a...

Best Carbon Offset Partner Program That Is Making A Change

With time, the emission of toxic gases from everyday human activity has taken a toll on climate. One of the ways to remove carbon...